This block is broken or missing. You may be missing content or you might need to enable the original module.
Overview of the ecosystem of electronic music in France

The multiplication of electronic music festivals

French pioneers in the genre, namely Nuits Sonores in Lyon, Astropolis in Brest, Nordik Impact in Caen and N.A.M.E Festival in Lille, have been joined by Paris in 2013 with two electronic music festivals, the Weather Festival organized by the Surprize agency and the Peacock Society by the We Love Art agency. The emergence of other local scenes, in Nantes, Bordeaux, and in the PACA region, makes up for the French lagging behind on the electronic scene where most stakeholders agree that the beginning of the 2000s was a sort of barren desert.

French festivals encouraging the mobility of audiences from all regions, indeed from Europe, makes for an electronic music market whose explosion can be witnessed throughout the national territory. The springing up of new festivals, parties, clubs, collectives and artists has accelerated in the last few years. Many subscribe to a creative approach whose strong identity and shared aesthetic unifies various scenes and above all audiences.

There are some sixty electronic music festivals in France. 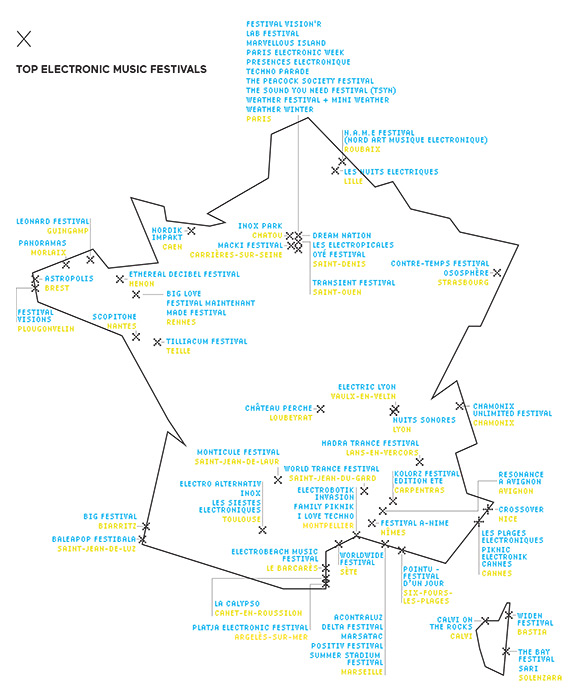 The brand new strength of collectives

DJs and other electronic music artists increasingly unite within collectives generating an unprecedented creative rivalry on the current scene. Beyond artistic stimulation, the advantage of such a gathering also lies in the ability to share the means of production and promotion. 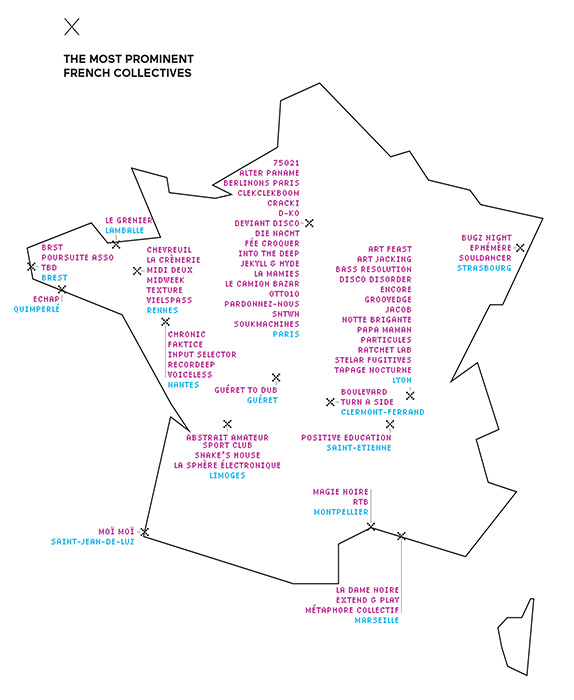 Today’s newcomers, all of them as young as their audience, master new technologies that alter the modes of music creation and production (home studio) as well as the way to broadcast and access the produced works (platforms and social networks).

The multiplication of stakeholders in an expanding market, including production as well as broadcasting or consumption, modifies behaviours and practices.

To outline, one can separate:

Thus electronic music stakeholders are spread across a wide spectrum of structuring and practices, defining diverse and more or less compatible issues and strategies.

Electronic Music Factory answers all your questions whatever is your aesthetics or purposes!

The ecosystem of electronic music in france: from the digital producer to the consumer of live experience. 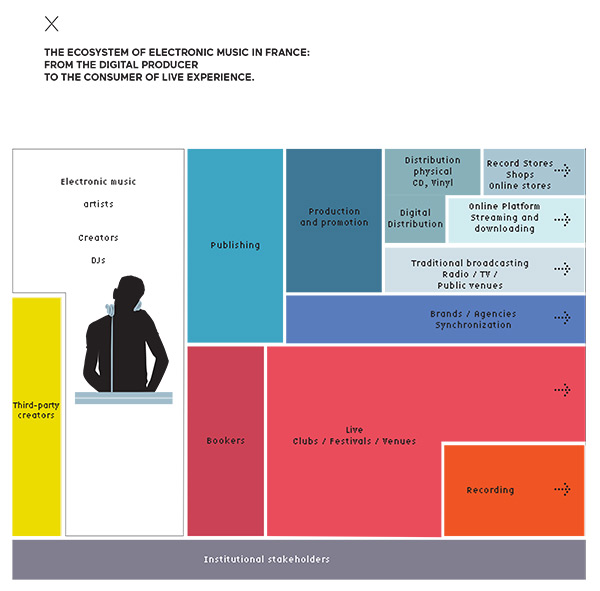 - What is electronic music?
- The figures
- Festivals
- Clubs